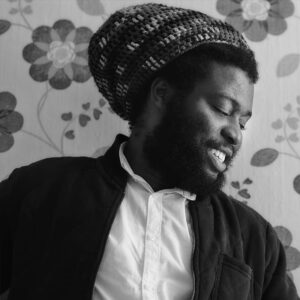 Iba MaHr, the young sensation for authentic Jamaican reggae/ lover’s rock genre. Born January 21, he was given the name Mario Greaves at birth but has emerged with strong African culture, thus granted the name by friends, Iba MaHr, ‘Iba’ an African name, meaning Humble and Calm while ‘MaHr’ is really an acronym, meaning Mario of Harar, Harar which is a small province in Ethiopia.

As a toddler, Iba MaHr was nurtured by his grandparents, in the community of Cheesefield, every Sundayevening Iba MaHr would dance to his grandfather’s stereogram, playing hits from the 70’s, while singing to each song as if they were of his era. After being successful in his Common Entrance Exam to go on to Charlemont High School he moved to reside with his mother in Linstead, a small town in the parish of St. Catherine, that
is most popular for the famous “Linstead Market” and the song titled “Carry Mi Ackee Go A Linstead Market”. Being the only child for Ms. Roselin, Iba was the main priority, with morality and education as her advocacy, leaving very little things undone if any.

Even though Iba Mahr had the ability to write songs since going to high school, it was only while in University that his peers pushed him to perform his own words. In 2008, Max ‘Romeo’ Smith of CHARMAX MUSIC released his first song, “HAD IT & LOST IT”, for a various artiste album titled, “DEVIL ON DI RUN”. Later, Phillip ‘Fatis’ Burrell of XTERMINATOR PRODUCTIONS released his second single, “WHERE YOU ARE”. The young sound has also worked with great producers and record labels such as, UIM Records, Marlon McCubbin, Bizzarri Records, Jermaine “Lenky” Edwards and more recent Roland “Rollie” McDermot of Born Rollin’s Production. He has scored a big hit with the single “WILL I WAIT’ on the Born Rollins Production Label. “WILL I WAIT” went number one on Richie B’s chart and Stampede Street Chart. The hit single also got recognition on V.P. Records Reggae Gold 2012, Also A next single “Sound A Alarm” made V.P.’s Strickly The Best Volume 46″ Iba Mahr has graced the stages of Reggae Sumfest, Rebel Salute, Sting, Western Consciousness, Air Jamaica’s Jazz and Blues Festival among others. The talented artiste has placed his stamp overseas, performing in the Island of Barbados 2012 alongside Anthony B. Iba Mahr has completed a 2013 Europeon Summer Tour where he performed in countries such as Germany and Belgium. He also completed A 2013 U.S.A. Tour titled “Let Jah Lead The Way” in November. 2015 also proved to be a good year for Iba Mahr as he took over the stage at Rebel Salute that was followed by the Summer Young Lion tour with reggae artists Kabaka Pyramid in the United States.

Iba Mahr continued to receive success in November of 2015, with his debut album “Diamond Sox” which made its debut on the billboard reggae charts at number 7 and on iTunes reggae chart at number 4. Iba continued his success trail into 2016 being appointed Bob Marley brand ambassador. In his role he performed at the inaugural One Love Festival in Montego Bay, The official Bob Marley Birthday celebrations on February 6 at the Bob Marley Museum and the Digicel and Marley partnered concert “Redemption Live Concert”. For Summer 2016, Europe opened its arms to Iba Mahr as he performed on a number of stages in Switzerland, Amsterdam, Germany and Sweden promoting his debut album. The firebrand singjay collaborate with Grammy award winning Damian ‘Jr. Gong’ Marley & Stephen Marley on a number of projects set to release in 2017 on the Ghetto Youth Label & puts on the promoter cap to his “Sound Di Alarm Music Festival”each year, December 31 through his label owned company Harar Music Group.

“I take pleasure in doing love songs. Essentially, I am inspired to sing about
real life occurrences, but in reality as artistes, we create melodies then
connect words to them to craft stories that reflect other people’s lives. The
energy, mood and my emotion at times may affect how a song might
turn out. Feelings, be it sombre, joyful or sorrow, also play a part. People
need redemption songs, especially in these times of division and world
crisis. I can only say that Reggae music is a medium through which we
connect and touch people in any situation, so I work to preserve its
legacy”, said Iba MaHr.

The artiste was able to survive the many dangers and harm of his volatile community through advocating love, peace, righteousness and spiritual consciousness. As his name represents, he is quite humble, and does not let anything or anyone trouble his innate calm. With Rastafari as his inspiration, roots and culture is always what he promotes, along with social commentary and soulful – reggae love songs that speaks out to the hearts of people, those in love or out of love. Iba MaHr’s music ranges from reggae, lovers rock and soulful roots genre.

Give heed to the voice, message, and what reggae music has to offer in the future.