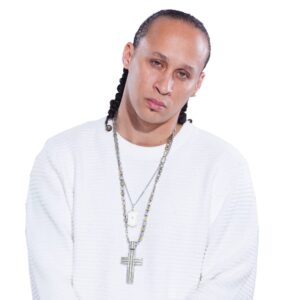 “Yo… You [skin] red and you look like a rat!” In 1996 Wallace Wilson was about to emerge on the International stage as one of Jamaica’s most versatile, innovative and exciting performers, when he heeded then label mate General Degree’s point-blank observation and the name Red Rat was born.
Wallace Wilson a.k.a. Red Rat was born January 17th in St. Ann’s Bay, Jamaica. It didn’t take long for Red Rat to love and become one with the stage. It was at the early age of four (4), that he began singing on the tourist/hotel circuit in Jamaica. He knew exactly what he wanted to be when he was growing up. Red Rats father was the guitarist for the famous British 60ʼs band “Jimmy James and the Vagabonds”, and also for Byron Lee & the Dragonaires in the 70’s & 80’s, then he was the Producer/Manager of Boris Gardener & and the late great Cynthia Schloss.

While still in high school Red Rat recorded his first single “Itsy Bitsy” for Danny Browne’s Main Street Records. Red Rat under the watchful eye of Browne moved full steam ahead releasing a string of hit singles including “Shelly-Ann” and “Dwayne” that catapulted him to the top of Reggae & Pop charts Worldwide, while showcasing his unmistakable voice, unique sense of humor and his unforgettable trademark “Oh-No!”

Red Rat’s 1996 debut album “Oh No….It’s Red Rat!” quickly became one of Greensleeves Records greatest selling albums with hits such as “Tight Up Skirt” (one of the most sampled dancehall tracks), “Cruise” (featured in the movie ‘The Big Hit’) and “Big Man Little Yute”, “Good Boy” & “Charlene”, produced by the late Great Steely & Clevie, “Rumors”, and “Street Side a me base” to name a few.

The buzz from his fans anticipating a new album, along with the breakup of Main Street Records in 1999, Red Rat started to put his Production skills to use and created his label Rat-A-Kastle Records. He got inspired and returned back to the studio where he began recording new tracks with chart-topping producers including Scott Storch, Salaam Remi, Blackout Movements, Troyton Rami, Tony Kelly, Katana Records, Dias Brothers, Black Chiney and Cool and Dre.

Sadly, in 2007, Red Rat’s father passed unexpectedly and Red Rat took a short break from the music scene. During this time it allowed him to reflect on life itself, and the new direction in which his life was headed. He decided to reflect on a new direction for him as the artiste and a producer, who had to once again redefine himself. He began to educate himself more about the business of music and began to understand what his “Brand” is.

In 2009, Red Rat became the President and Musical Director at his independent record label which he co-owes which has partner Pascalli called Infinity Moguls Music Group. Red Rat, now all grown up, with a new image, new management, a new message and a new sound, along with a whole armada of new songs and productions, Red Rat took on this venture with poise and grace, which has now put him in an Iconic status.

“Everything is different, but nothing has changed” said Double R recently on a movie set alongside Jackie Harry and Fazion Love called G.E.D., and he has also done Production collaborations with International recording artist such as Tupac in the book “The Rose that grew from concreate”, Mims, Lord Cassidy, and Janet Jackson, and countless producers. Red Rat was featured on a song “Final Shake Down” WITH Groove Armada, exceeded his expectations when Bacardi in Europe picked it up as their theme song for 2009.

In 2012, he made history with his artist and business partner Pascalli, when they wrote a song for Zimbabwe “Rise Up Zimbabwe” and then again in 2017 with “Never Give Up Zimbabwe”, which was embraced by the people and is used as a non-official anthem for the people. Also in 2017, Red Rat became the highest streamed Dancehall artist hitting 17 million streams on Spotify.

Red Rat’s focus is on his artist Pascalli, and is preparing to release his highly anticipated fourth (4th) studio Album in late 2019. Red Rat is an International Iconic Reggae & Dancehall Artist, possessing greatness that ensures that his individuality is very different from all the rest.