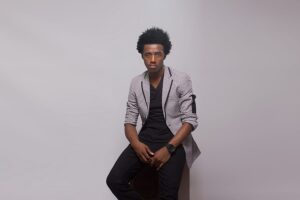 They say stars aren’t made they are born. Twenty-Four years ago, in the Stepney
District of St. Ann, Jamaica (about 1km from the birth place of reggae legend Bob
Marley) Romain Renaldo Virgo was born.

But who is this reggae rising star?

Like most of popular music’s greats, Virgo’s musical foray began at age 9, after
recognizing a talent for singing when he participated in a church concert. Several
church functions and gold-medal winning cultural events later, Virgo led his school’s
choir to second place finish in a nationally televised high school choir competition, “All Together Sing” in 2006.

The following year, at 17, he became the youngest winner of Digicel Rising Stars,
Jamaica’s most popular talent search competition. Throughout the competition, Virgo
was scintillating and sensational, outshining his opponents with singing skills that
seemed to stretch beyond the talent of a 17 year old. The potency, power and passion
of Virgo’s vocals as well the natural charm he exuded made people pause in their tracks
and take notice.

His win led to another first — an endorsement deal from Pepsi Cola Jamaica, with his
picture on the Pepsi drink bottle making him the first Jamaican with such endorsement.
Early 2009 saw Virgo beginning work on his debut album, Romain Virgo, with the help
of Donovan Germain of Penthouse Music and Dawin Brown of Vikings Productions. He
quickly released his self-penned debut hit single, Can’t Sleep. He describes his singing
personality as an old soul- he loves the timeless melodies and compositions that many
have regarded as oldies. It was only fitting then, that the self-penned single be strongly
reminiscent of the music of the era.

“I was thinking about the things that are going on in Jamaica and the effects it’s having
on people’s lives, especially in the ghetto,” Virgo explained. “Sometimes people can’t
leave their communities because of the gunshots. It is disgusting, so I said it is for me to
do something about it, say something about it, so I wrote these songs.”

Clearly, Virgo recognizes the influence music wields and as a true rising star, uses it to
dazzling effect. The song quickly climbed all the local charts and became a smash hit,
making Virgo a household name; with musical influences such as legendary reggae
artistes Bob Marley, Alton Ellis, and Beres Hammond he could do no less.

His next singles Love Doctor on the Automatic rhythm, and Wanna Go Home followed
the success of his first single, receiving immense airplay.

After signing to VP records in February of 2010, he released his much anticipated
album, Romain Virgo, in the summer of the same year to critical acclaim. The 15-track
album provided the much-needed positive messages aimed at young people, as written
and sung by one of their own. “Young people listen mostly to young people, so I don’t
see anything wrong in singing something positive because it will help to change this
whole negative vibe,” says Romain.

Not only was it positive, the album showed a myriad of Romain’s moods. From love
songs to conscious lyrics his debut offers several sensitively sung romantic selections
reflecting love, loneliness, attraction and betrayal. Fearless, outspoken and artistic,
Virgo still remains humble as he climbs the ladder of success.

Romain also started to make a name for himself overseas after very successful
promotional tours in the USA and Europe. Since then he has made impressive strides in
the international community. In 2011, Romain became the first reggae artiste to perform
at the Academy of Country Music Awards alongside the Gatlin Brothers singing their
hit, California, for which Romain had previously done a reggae remake on the VP
released album, Reggae’s Gone Country.

Since then the talented young singer has continued to build a rich catalogue of what will
become longstanding reggae favourites including, Rich In Love, Taking You Home, I
Know Better, System, Don’t You Remember and the recent release of his sophomore
album, The System further cements this claim – only a few days after its release in May
of last year, it debuted at the number six spot on the Reggae Billboard Chart.

Recorded primarily at Penthouse Studios, Romain, quite humbly, attributes the
uncompromised excellence of “The System” to an exceptionally talented team of
Jamaican producers working with some of the island’s finest musicians to create durably textured reggae rhythms, and the various artistes who regularly record at Penthouse. “I like to surround myself with people who are serious and bring substance to the music. There are so many artistes at Penthouse who have helped me to hone melodies, write lyrics and move my music to another level including Busy Signal, Exco Levi and Brown Sugar.

“Personally I think “The System” is a better album than the first one,” Romain continued.
“We are trying to show fans where I want to be in this business, making the kind of music that will last.”

Romain, though young, is on a mission – a mission to make extraordinary music that will
both uplift and entertain.

Romain has recently added a few more awards to his ever, growing collection. At the
Linkage Awards held in New York on March 16th he walked away with the “Most
Consistent Performer of the Year” award and on March 24, he was presented with his
most prestigious award to date, The Prime Minister’s Youth Award for his outstanding
contribution to the field of Arts and Culture. After being presented with his award, Romain had this to say “It is the biggest award for any young person in Jamaica to be honoured by the Prime Minister. So it’s a joy and I feel honoured and humbled. At the same time it is motivation and I will just keep pushing on and work
harder,” He also received the award for “Most Promising Entertainer” at the IRAWMA
Awards on May 4.