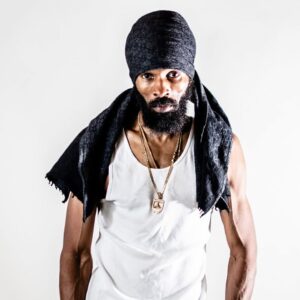 Hailing from Kingston Jamaica, Spragga Benz (born Carlton Grant) has been an icon of the local dancehall culture since early 1993. In 92 he made his first appearance onto the scene as an assistant selector for Ricky Villa and the La Benz Sound System.

A young dj at the time named Buju Banton was a strong musical influence and with his help It didn’t take long before Spragga had the chance to put some of his own tunes on dubs like, “Love Mi Gun” and the lascivious single “Jack It Up” which also became title of his first album which was an instant underground classics and included tracks such as “Could A Deal”, “Girls Hooray”, “Fun Thing”, “Jump Up & Swear” and a barrage of other hits. A subsequent album deal with major label Capitol Records brought his sound further outside Jamaica,his music was opening up to brand new audiences. Spragga Benz has released chart topping albums/singles/movies, collaborated with a host of talented local and international artists and was set out to become one of the hottest names within the dancehall scene of the decade.

…Spragga debut as an actor playing as himself in a film titled “Brooklyn Babylon” and as ‘Wayne’ in the Jamaican gangster story, “Shottas”. The film Shottas, co-starring Kymani Marley, Paul Campbell and Louie Rankin helped to propelled Spragga’s career to new heights.

Spragga Benz has always been a philanthropist at heart. His humanitarian ways have been noted from the very beginning of his career back in the 90’s when he started the “Stay In School” program , which provided help for needy students in Jamaica. In 2008 with the untimely death of his first born son, Carlton “Carlyle” Grant, Jr., Spragga renamed the organization, “The Carlyle Foundation”, a program which currently provides scholarships and computers to excelling Jamaican students.

Currently, Spragga Benz has singles and video releases like “Love Is All I Bring”, “A Just We”, “, “Share And Care” “ Spread Out”and more. Spragga Benz is also working tightly with his Army of talented up-and-coming artists in the Red Square Rebelnation while completing projects with Red Square Productions, ( Rebelnation Rise) Rellee A-Team Prod,(Once Upon A Time) Buttercuts Productions (Chiliagon) and LMR PRO (The Journey Chosen)

SPRAGGA BENZ HAS SO MUCH MORE IN STORE!