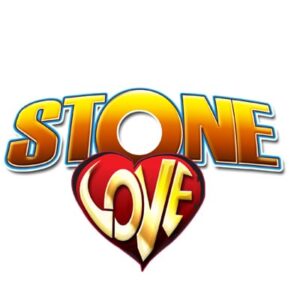 Stone Love Movements made their entry into the dancehall business in 1972 and for the past 40 years it has been the sound systems with the most potent and magnetic force to pull crowds and cork any dancehall.

The name Stone Love has become an international household name and it is the most sought after sound system today. Record producers, singers and Djs will do anything to hear their tunes being played on the set.  The dancehall massive has followed the sound anywhere it goes.

Stone Love Movements or The Immortal Stone Love is the brainchild of Winston Wee Pow Powell, a man that thousands of people today, hold in high esteem for his professionalism, credibility, and persistence for excellence. During his childhood years, Wee Pow wanted more than anything else in the world to be the owner of his very own sound system.

An ardent lover of music and growing up in Molynes Road, an area known for its regular dancehall sessions, no dance would ever missed him. Wee Pow’s mentor, singer Hopeton Lewis, who lived in the same yard and he took him to dances everywhere which was what the young sound-inclined lad wanted.

His love for sound systems steadily developed into a lifelong fascination and he would enjoy just sitting and admiring the construction of these systems. He always pictured himself being at the control of his own set and imagined what power it would have been packed with, while the heavy duty boxes pounded away to the likeness of a corked session where the patrons were going wild as he selected and reeled off string-loads of dubs that would mash up de place.

Wee Pow’s dreams started to become a reality at the age of 17 when Denton Henry, a technician who operated an electrical shop in his yard, told him that he had a component set for sale. For months, Wee Pow worked relentlessly at his trade in order to come up with the money that he would use to buy the component set. When he finally made the money on hand, Wee Pow purchased the set and this was his biggest achievement in life. He continued to add pieces of equipment such as records, amplifiers, racks, and boxes to his component set that would one day become a full scale sound system. By the late 60s to early 70s, Wee Pow along with his cousin Charlie Reid and his brother Cecil Powell and a friend Winston Rooms, set up a neat little sound system and tried their hands at playing at a few small sessions and parties. It was 1972, the most unforgettable year for Wee Pow that marked the true birth of the sound and it was the same year that it also got its official and real gig. By this time, Wee Pow was still trying to figure out what he would name the sound and came up with Sir Coxone but this never connected. During the period, owners of sound systems would name their sets off zodiac signs.

Wee Pow was a Pisces and came up with the name Pisces but another sound system had that name already. Because of his undying love for the sound, it clicked to Wee Pow that Stone in Love would be the ideal name. Thinking to himself, Wee Pow though that Stone in Love sounded a bit awkward so he took out the in and finally came up with the more ideal name that has grown to become a force to be reckoned with. Booking for the sound steadily grew as dates came from the rural parishes and uptown. During that time we were afraid to venture into the ghetto area and that was why we only used to play uptown and in the country said Wee Pow He was introduced to the ghetto in 1983 by SassaFras and the first dance was held in Jones Town. The dance went smoothly and without a hitch and it was after that, that Stone Love started playing frequently in the ghetto areas and became famous at Addams Lane. At first the sound only played soul music and the selectors only played ballad music. Gradually they started to venture into other aspects of music, playing a mixture of reggae, rap, pop, R&B, old hits and hardcore dancehall music.

The year 2013 marks Stone Love’s 41st year in the business and the Sound has become so popular that for the past 20 years, it has bookings every night playing in different parts of the world.